With the LitRPG Adventures Workshop Dungeon generator, you can create a wide variety of dungeon descriptions. See some examples below. (NOTE: This does not create maps... yet! That's something we're looking into...) This isn't an example of what the tool does best, but it is a work in progress. 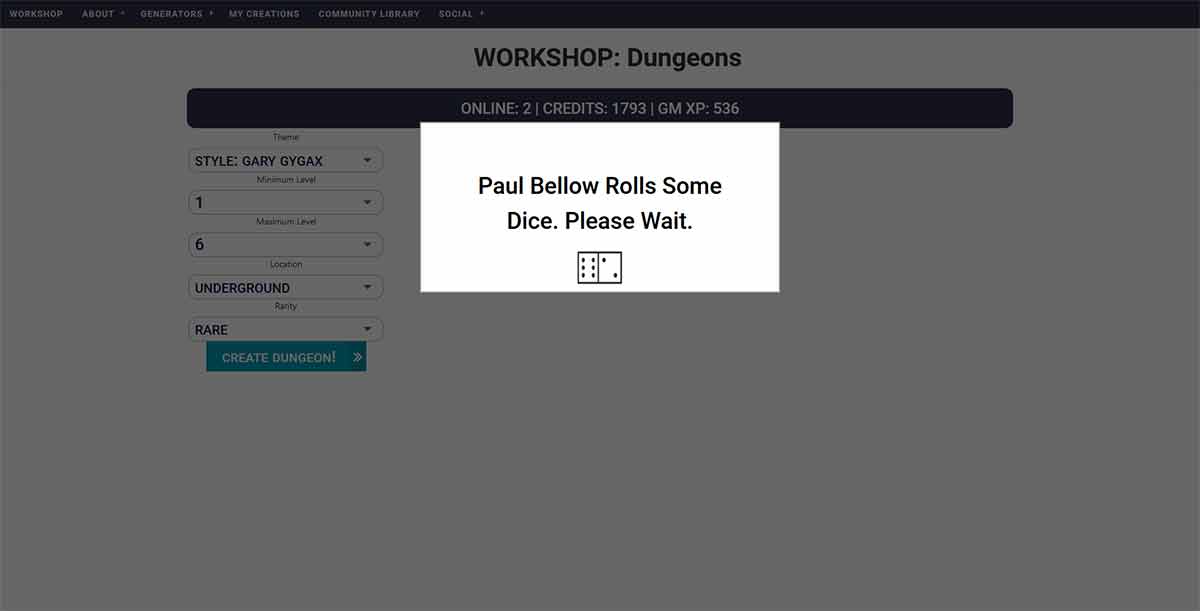 Forgotten Lair of the Dwarves

Flushed from their former lair by a dread and deadly foe, the dwarves of the Seven Dwarven Halls, for the first time in centuries, have set out in search of a new home. Following the ancient maps of their ancestors, they have found an abandoned dwarven stronghold, hidden from the prying eyes of the surface world, in which to make their new home. Unfortunately, they have forgotten that this stronghold was once the ancient lair of a long-dead and incredibly powerful lich whose powers of necromancy were incomparable in his age.

The Temple of the Sun, Part 1 - An Evil Visitation

Someone has been seen lurking about the Temple of the Sun, that holiest of places in the Multiverse. You have been told that this person has been seen wearing purple robes and a long purple beard, and it is whispered that this apparition bears a striking resemblance to Lanciëm, the Time-Traveller. You are sent to go speak with him, but if you get close enough to do this, you should be careful that your robes do not get caught in the gears of the Great Clock, or you may not always return to the present when you want to. What you see and hear here may be very important indeed. 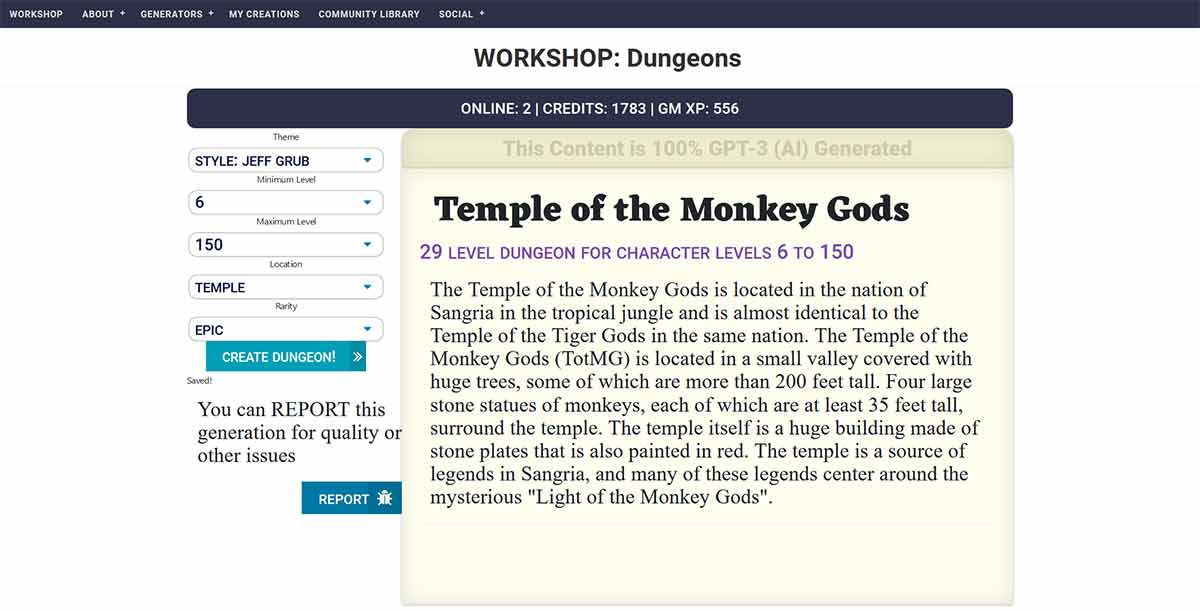 Here are links to other examples of fantasy tabletop RPG content created with the LitRPG Adventures Workshop.

Suitable for Dungeons & Dragons, Pathfinder, or other tabletop role-playing games, we've got a treasure vault of RPG content waiting for you.